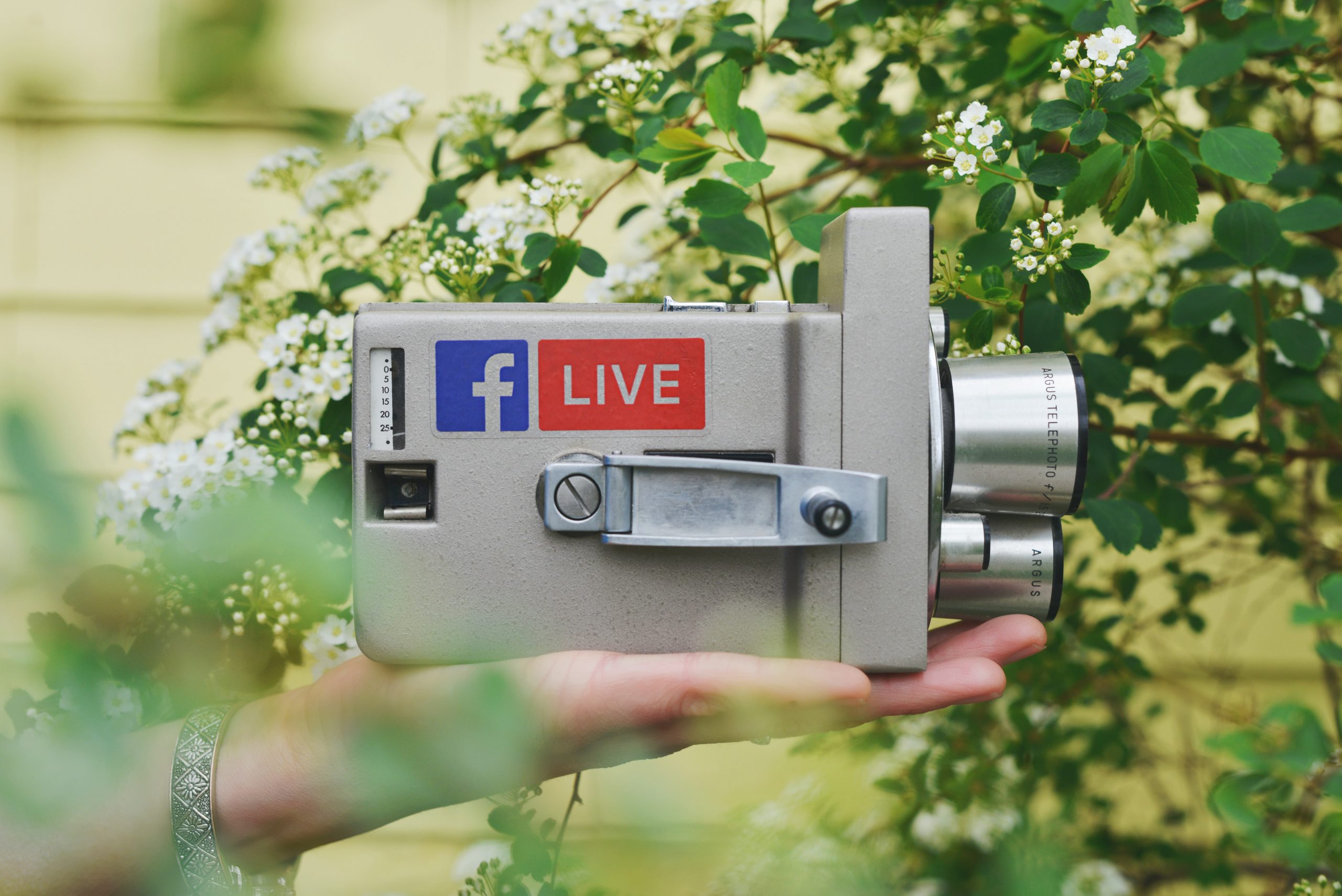 You can find a live stream on any topic you can think of:

From live sports broadcasts of your favorite football team, to Instagram Live sessions and live video blogs by your favorite celebrities and influencers, to a Zoom meeting with your friends and colleagues – live streaming is taking over the world right now.

Keep reading for the latest live streaming statistics and facts! You’re in for a treat.

1. Video streaming statistics show that live streaming grew by 93% in 2019, with live stream viewers spending an average of 26.4 minutes per session.

Since the introduction of live streaming in the early 1990s, it has become immensely popular, especially with the innovative advancements in technology at the workplace over the years.

And with so many live streaming platforms available, more and more consumers are switching to live streams.

2. Among 1,000 survey participants, 80% of participants said they prefer watching a live video to reading a blog.

Consumers prefer video over text, and this is also the case for live videos. Along with virtual tours, this has shaped the marketing industry, and we can expect to see further growth in live stream advertisements.

Online streaming has opened new doors by providing users with plenty of advantages. Viewership is up by 60%, and this number includes younger generations.

4. US streaming stats for 2018 showed that almost half of the population live-streamed online content that year.

Back in 2017, only one-quarter of the American population was into watching live-stream content. This figure has quickly increased to 42% of the US population since, as over 137 million people consumed live stream content that year.

More and more Americans are cutting the cord and moving away from the traditional satellite or cable TV, as more families live without TVs at home. The number of households without TVs is estimated to climb from 1.3 million in 2010 to a whopping 9.5 million in 2024.

As for the number of pay-TV subscribers:

Unsurprisingly, it’s expected to decline from 105 million subscribers in 2010 to 81 million in 2024. Needless to say, these numbers are worrying for the cable and satellite TV industry, as the growth of live streaming continues.

Compared to 2015, 80% of internet users, including mobile users, watched more live video streams in 2016, accounting for over 60% of internet traffic. And with exploding trends like Mukbang, the figures are going nowhere but up.

7. Live video statistics show that sporting events make up 86% of live streams in the US.

We can see an example of this growth with one of the most revered events in the US, the Super Bowl.

Super Bowl stream statistics show that in 2019, a total of 560 million minutes were consumed, as numbers grew by 19%. Fans were watching from 7.5 million devices across various platforms.

8. More brands and retailers are opting for live stream advertisements, with ad view growing by 27% for long-form videos and 20% for short-form videos.

9. 45% of audiences are willing to pay for live, exclusive, or on-demand video from their presenter of choice.

Yes, people are willing to pay for any type of online accessible video from their favorite presenters. In fact, 67% of audiences who watched a live stream bought tickets to the next similar event to watch people live online.

Millennials are the largest age group by far. This is partly due to the recent boom in social live streaming on Instagram, Facebook, and other social networks.

11.  Live video streaming is becoming an increasingly important tool for marketers, with 32% planning to use Facebook Live as their marketing strategy in 2020.

95% of video marketers have seen a significant increase in consumer understanding of their products thanks to a live stream. It’s a highly effective and lucrative marketing strategy, with its low cost and high yields.

99% of marketers will continue using it as part of their marketing strategy in 2020.

12.  Live streaming statistics show that it is extremely popular in China, with more than 425 million users watching or creating live streams.

Other than being an outlet for entertainment, the live streaming and video conferencing industry in China is the choice of career for plenty of young people, online video streaming statistics confirm.

An internet live streaming career might sound like a lucrative decision, but it also comes with its own set of expenses and hardships.

Firstly, live stream broadcasters find themselves investing time and money in sharpening their skill sets and coming up with creative content.

Secondly, their working hours are usually late at night, and some of them work over eight hours a day. Streaming statistics show live streaming traffic reaches its peak during the evening, as most people wind down after a long day’s work.

For those comfortable enough to share personal moments on social media, live streaming has made it possible for celebrities, influencers, and even large brands to communicate with their fans or consumer base.

Additionally, live streaming has allowed us to share special moments and unique experiences together.

Consumers are the drivers for every industry, and 56% of consumers prefer video content to text. Streaming statistics also show that video content has a higher likelihood (36%) of getting a comment compared to text (27%).

15.  Twitch is currently the largest live streaming platform worldwide, with over 9.3 billion hours of live social video streams consumed in 2019 and a market share of 73%.

Let that sink in for a minute.

16.  There are three million content creators or broadcasters currently on Twitch.

With so many people releasing regular content on the platform, it has 15 million unique visitors in a day. Twitch also has around 500,000 active streamers daily.

There were a million new users in the North American market, which is where Facebook generates most of its revenue. In the Asia-Pacific region, the platform recorded a 14 million increase in daily activity.

With the growing popularity of live streaming:

In order to always have great content live streaming across the platform, Facebook signed deals with notable publishers like CNN ($2.5 million), The New York Times ($3.03 million), and Buzzfeed ($3.05 million) to use its live stream platform. Facebook also paid a total of $2.2 million to influencers for the same purpose.

This number was a triple increase when compared to Q1 2017. Twitter realized the importance of live stream in building engagement with large audiences at an early stage.

One of its most significant live stream events was the Louis Vuitton 2017 women’s spring and summer runway show. Over 600,000 fans tuned in worldwide.

20.  The number of global unique users for YouTube has increased by 5%.

In the summer of 2019, the video behemoth had 1.9 billion unique users monthly. To date, this number has increased to 2 billion users.

Just when the dust was about to settle after the introduction of video advertisements, marketers started to use another new, favorite tool – live stream ads.

And based on today’s live streaming statistics and current consumer behavior, live streaming is here to stay for a long time. We might as well get used to it.

Q: Why is live streaming important?

A: Live streaming has the ability to reach and engage with a massive audience. Viewers and consumers can receive the latest information and updates on any content.

For large brands, retailers, politicians, celebrities, or anyone who wants to engage with a global audience at the same time, live streaming is vital.

It allows users to interact with audiences in real-time, and this instant gratification forms a deeper bond between the live streamer and consumer.

It’s also a great way to boost engagement, trust, and face value with your audience, as audiences get to see raw, unedited footage.

Q: How does a live stream work?

A: For regular video content, the video is uploaded on the internet in one go, and viewers can watch it online.

With a live stream, the video is initially uploaded as usual, but the rest of the footage is an ongoing live broadcast in real-time.

The video goes to a streaming server, which then forwards it to an online video player where users can watch the live stream.

Q: How popular is live streaming?

A: Twitch is a live streaming platform that currently leads its rivals in terms of the most popular live-streaming apps. It recorded its second-largest quarter to date in Q2 2019, with users consuming more than 70% of hours.

During this time, there was a total of over 2.72 billion hours of live streams on the platform.

Q: Is live streaming the future?

A: According to current live streaming statistics, the industry has a promising future. As more platforms, including our favorite social networks, offer live streaming as a standard feature, more users will begin using it.

Live streaming is a powerful remote communication tool across the globe. Its future seems bright, as it’s already being used as a major marketing tool by big companies worldwide.

To stay ahead of the competition, more brands and retailers will have to adopt this new normal and start making live videos.