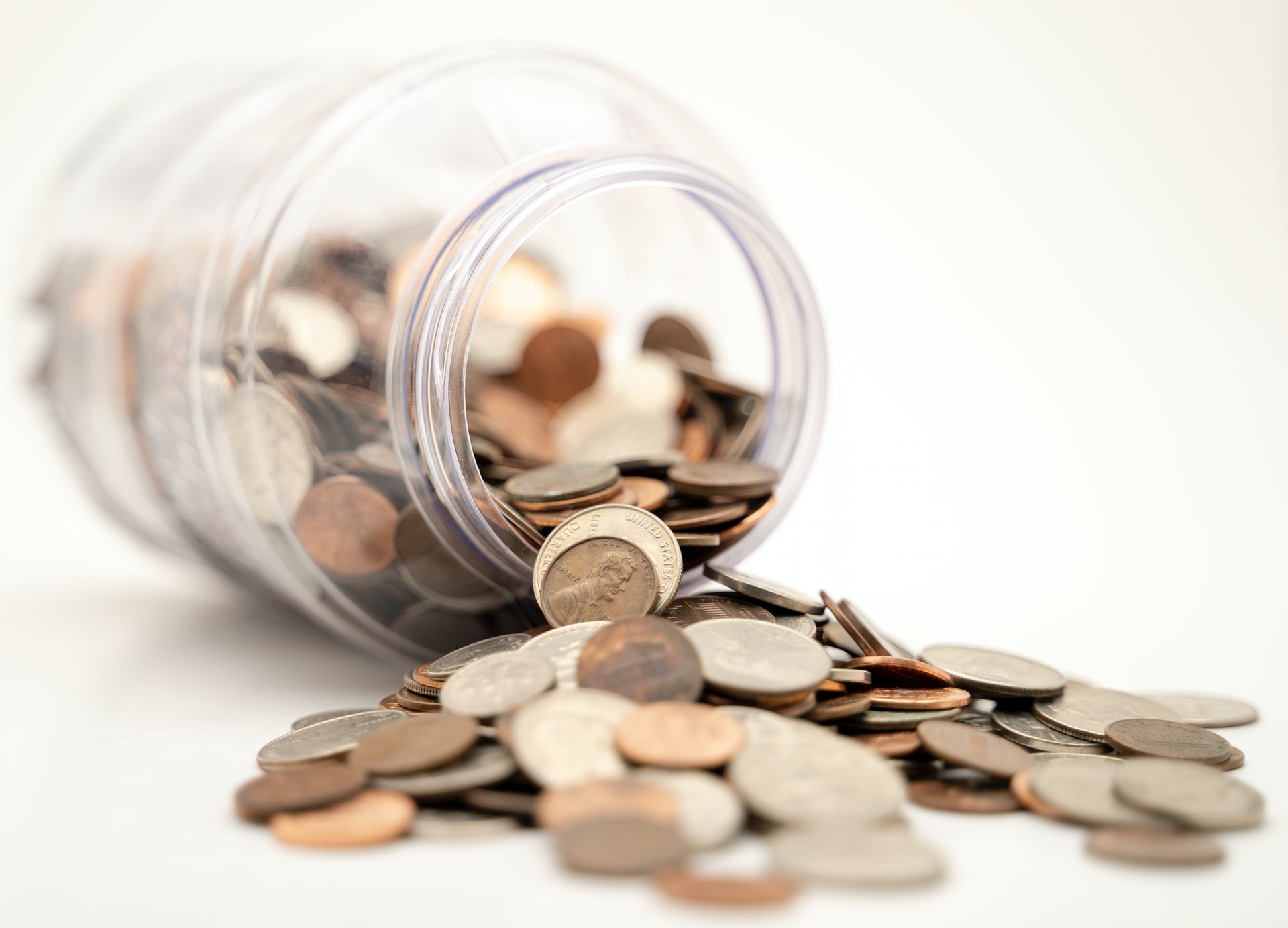 Have you seen the Netflix series Dirty Money? If you have, we bet you assumed it’s based on a true story.

But it still sounds familiar.

We handle money on a daily basis. And yet, 43% of the respondents in a recent survey don’t know how much money their spouse is earning.

Clearly, money is still a taboo topic that we avoid to talk about, even with our friends and family. That’s why we decided to look up the latest personal finance statistics.

Not knowing how to deal with personal finances can be a source of stress and anxiety and lead to bankruptcy issues. That’s why securing financial stability is key to living a balanced life.

We can get a better insight into the most effective ways of handling our finances through the latest personal budgeting statistics.

And once we’re aware of the average debt by age, average household debt, and similar fun financial facts, we can actually learn how to deal with our personal finances.

2. Statistics for finance indicate that only about 24% of Millenials have a basic understanding of how to handle their finances.

Additionally, just about 8% of Millenials have a good level of knowledge and understanding when it comes to handling their personal finance. According to experts, even though Millenials are highly educated, they are overconfident.

So, they make mistakes in handling their finances. Clearly, they need to study the latest statistics and finance knowledge carefully.

3. Four out of ten workers have calculated how much they will need to retire.

Only 42% of employees have tried to calculate how much money they would need in order to live out their golden years comfortably. The percentage is pretty low in comparison to the number of people who are trying to save money for retirement and those who are looking forward to retiring.

In fact, statistics financial studies show that two-thirds of employees are saving for the days when they retire, and seven out of ten are excited about it.

4. The state with the highest average income is Maryland, with $78,916 annually per household.

The state in which people live can have a lot to do with the income they are earning and their ability to save some money.

People who live in Maryland may earn more but also have a higher cost of living. The state with the lowest average income is Mississippi with $42,009 per household.

The income per household, according to the average American financial statistics, refers to one- or two-income households.

Another 23% have saved only minimal amounts of money. That means 56% of all Americans have saved no more than $10,000 for when they retire.

The Average Debt of an American

The frequent use of credit cards in the US is the major reason for the great amount of average monthly debt payments. As a result, the average debt of a typical American family is about $137,063.

Overall, many Americans seem to have more debt than they can afford. Keeping in mind their credit card debt, it would take Americans around 10 years to clear the balance. Translated into interest rates, it equals over $16,695 per card.

Which brings us to the next stat:

The numbers are striking mostly because of the belief Americans have when it comes to debt. In fact, seven out of ten people believe that being in debt is kind of necessary. This is the reason why many Americans are dragging their debt even into their retirement years.

8. 21% of the total population have no savings of their yearly income.

Unfortunately, every one in five residents isn’t sparing anything from their annual income. Even though the reason for this might be the higher prices and standard of living, that’s no excuse.

The fact that Americans can’t save money – including when shopping online – adds up to the great amount of credit debt they’re facing.

So, what percentage of America is debt free?

Studies estimate that by 2030, about 64% of Americans might be out of debt. For the quarter of Americans who were debt-free back in 2017, it’s mostly because they’re becoming more responsible when it comes to handling money. As a result, about 48% had less debt than their friends.

Finance statistics show that Americans are indeed living paycheck to paycheck and maybe spending more than they earn.

Half of them don’t have any type of savings. This is the exact reason why around 49% of Americans are stressed out when it comes to money statistics. The financial facts indicate that an unexpected illness can put people on the verge of bankruptcy.

According to the New York Federal Reserve, debt has been steadily rising in recent years.

Here are the detailed stats for each field:

Let those numbers sink in for a minute…

12. Generation X has the highest credit card debt, while Generation Z has the lowest.

How much credit card debt does the average American have?

Here’s the breakdown, by generation:

Workers need financial advice that will help them get out of debt, pay their student loans, and have some savings for the near future. More and more people are interested in handling their personal finances properly, and around 70% are seeking education in this matter.

About 63% of employees would like to have access to budgeting education in order to get useful information about their day-to-day finances. When it comes to student loan debt assistance, about 45% of employees are interested in getting educated.

14. According to personal finance facts, eight out of ten employees expect to get income from their retirement savings plan.

Compared to 2018, the findings of 2019 are pretty much the same when it comes to the expectations employees have about their retirement income. Additionally, about half of employees say their pension will be their major income when they retire.

15. Financial planning statistics show that one in three Americans prepare a household budget.

About 30% of Americans would sit down and write a detailed budget plan that includes investment goals and spending habits. All too many aren’t aware they can use a robo adviser instead of a traditional broker as a cheaper and faster way to manage their investments.

Those who prepare household budgets tend to be better-educated individuals. They either do it on their own or seek professional help from online programs or financial advisors.

97% of women claimed everyone should budget, compared to 90% of men. When budgeting comparisons are done by age, here is the outcome of the surveys:

Budgeting is a very important factor in saving for retirement and staying out of debt. Click To Tweet

And trying to get discounts on anything from groceries to software plays a big part, coupon statistics reveal.

17. Singapore is the leading country in the world when it comes to saving money.

The savings rate of a country is calculated by the income that individuals get that doesn’t get spent.

After Singapore, according to the saving money statistics, the countries that comprise the top ten are:

Modern Finance Apps You Should Take Advantage of

Wallethub is a personal finance website that was launched as a personal finance social network. Users can check out reviews from financial advisors and interesting finance facts as well as use some tools along the way, such as Wallet Literacy Quiz and Financial Fitness Tool. This way, every member can get a credit report, monitoring, and scores.

This app was created in 2009 with the purpose of assisting customers in their financial decisions. NerdWallet offers reviews for different financial products, including information about college loans, banking, credit cards, mortgage loans, insurance policies, and stock trading.

SmartAsset’s motto to achieve your financial goals by finding the right financial advisor for you. This personal finance technology aims to provide credit scores and credit monitoring. As of 2014, SmartAsset has a free app for iOS and Android.

When it comes to personal finance statistics, we can clearly see that having a monthly budget is a very convenient option to keep track of our earning and spending ratio.

Once we do all the calculations, we can start saving for emergency situations and for our golden years.

So, how are you trying to save some money? By keeping a budget or taking advice from financial advisors?