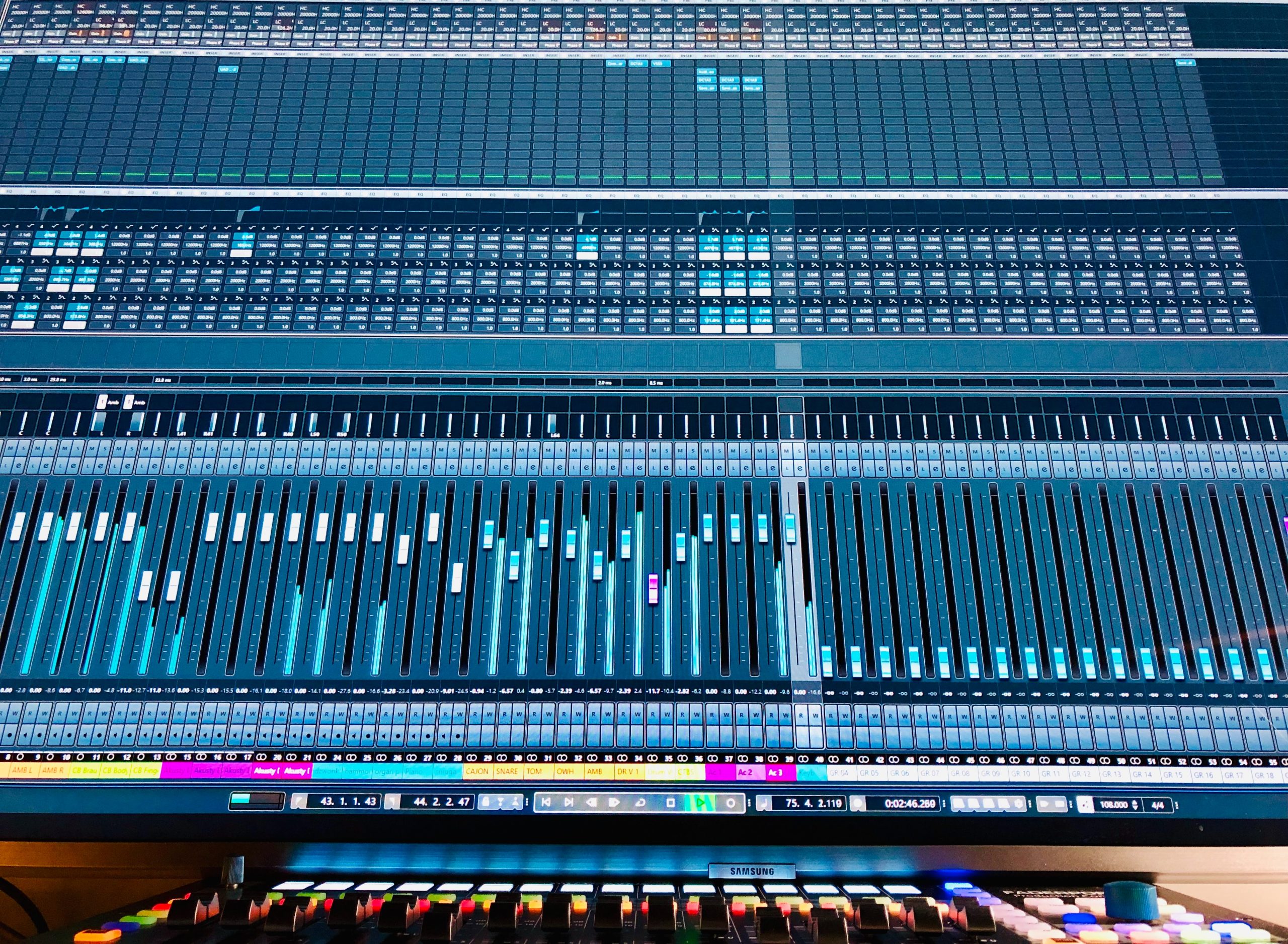 If you’ve spent your fair share of time online, you’ve probably heard of or come across the word server. And even if you haven’t, you’re still using them.

Every time you connect to the internet and every time you’re opening an app like Instagram, you’re connecting to a web server.

The million-dollar question is:

What Is the Most Popular Web Server Application?

What Is a Web Server?

A web server in its most basic form is a soft- or hardware that stores data and delivers it to a user at request via HTTP and several other protocols. Its primary function is to store, process, and deliver web pages to the user requesting them.

To put it simply:

A web server is where a website (or multiple websites, for that matter) lives. It is where all the data regarding a web page is stored, processed, and eventually delivered to the user.

A server is often physical, although virtual servers have been gaining in popularity, the embodiment of a specific section of the internet.

So, every website sits on a web server, which is always connected to the internet. Once you connect to a server via the internet, that server will deliver the files your browser requested to your device. As simple as that.

What Are the Types of Web Server?

There are plenty of popular web servers to choose from.

To keep this article concise and to the point, we’ll focus on the four most popular ones that make up a significant majority of top web servers currently in use and compare some webserver stats.

These four, in 2020 are Nginx, Apache, IIS, and GWS. Don’t worry if those names confuse you for now. We’ll go over all of them in detail.

Keep in mind that besides those four types of web servers, there are literally a thousand others being used right now.

Most web server software is open-source, so it’s no surprise there are constantly new developments. Going through all or even just most of them would take up most of your day.

This significantly improves the amount of memory the server needs, even if the data load is relatively small. Nginx powers well-known sites such as Netflix, Pinterest, Airbnb, Soundcloud, Zappos, and WordPress.

Apache is another free, open-source web server software. It has been around since 1995, almost a decade longer than any Nginx web server.

Due to its early development, the Apache web server played a key role in the initial growth of the Web. For a long time, it was the most popular and widely used web server.

Apache is well known for its suitability and is able to serve small and large websites alike. It features over 60 official and many other unofficial modules that enable a rich set of features. Like Nginx, it powers some massive sites, including Shopify.

Due to its open-source nature, it’s easy to make configurations to your server.

IIS, or “Internet Information Services,” is a high-performance web server developed and maintained by Microsoft. It’s been developed in close relation to the actual Windows software made by Microsoft.

It’s an integral part of the Windows NT family, even though it is not active by default. As it’s tightly integrated with the operating system, it is relatively easy to administer and manage.

Last but not least:

GWS (Google Web Server) is software mostly used by Google itself for its web infrastructure. It is used exclusively inside Google’s ecosystem. And the fact that it is still one of the top four web servers will tell you a lot about how big Google really is.

Despite serving a significant chunk of the internet, GWS is considered to be one of the most guarded components of Google’s online infrastructure. So, relatively little is known about how it actually works. But it does, and that’s all that matters.

What Is the Most Used Web Server?

You should already have a very good idea which of the common web server applications is the most popular according to Netcraft’s April 2020 Web Server Survey.

Netcraft has become the measuring benchmark and has historically been doing a great job at compiling web server lists and tracking web server statistics as well as web hosting statistics.

Despite its rich history and key role in building the Web, the Apache server is not the most popular web server software anymore.

As of April 2020, Nginx is the clear winner and has been for almost a year now. As the top web server, Nginx provides hosting to 459,886,788 active sites. That amounts to almost 37% of the entire internet.

Still, Apache is the second among popular webservers, with roughly 308,143,708 active sites served. Despite losing its titan status that it managed to maintain for almost 20 years, Apache today still hosts almost 25% of active sites on the internet. Even if you are not number 1 anymore, this is still quite the achievement.

In third place comes Microsoft’s IIS, with almost 13% of all active websites running on the software. Quite impressive, considering that it is neither free nor open-source. It’s also very interesting to note that IIS was the number one leading web server developer by market share for a couple of years between 2016 and 2018.

Then, in 2019, IIS fell below 20% market share for the second time since it was first developed. This shows that IIS has the capacity to be a market leader. If Microsoft continues its development, it would be surprising to see it below 20% in the future.

Following in fourth place with “only” 3.5% of all active websites hosted on it is Google’s GWS. Considering GWS is only used internally within Google’s infrastructure, this number becomes much more impressive. Essentially, this statistic tells us that 3.5% of the current internet is under Google’s direct control.

Which Is the Most Commonly Used Web Server on Linux Systems?

Many web servers are served using a machine that runs GNU/Linux since it’s free of charge, mostly open-source, and includes most, if not all, the software you will need to run an online server on it.

Up until recently, most hosting servers were run on GNU/Linux web servers, as Windows servers in general require more maintenance and cause a lot more downtime.

It’s important to note that Windows in recent years has made peace with Apache, and the two are now collaborating more than ever. Regardless of this development, though, GNU is the web’s native language.

Obviously, there are some restrictions that come with running GNU/Linux. Mainly, you will not be able to use two of the four best web servers, IIS and GWS. When deciding by popularity, this leaves you with two options, Nginx or Apache.

Recent benchmark tests have shown that Nginx on average performs 2.5 times faster than Apache, which is quite a significant number and probably already the deciding factor for most people.

However, Apache’s many bonus modules sway the argument in its favor. At this point, it really depends on what you, the user, are looking for in web server software.

Despite Nginx becoming the largest web server on the internet and despite its advantages in speed, Apache is still the most used on GNU/Linux machines specifically.

This is partly due to the fact that Apache comes pre-installed with all major Linux distributions and is readily available for anyone running this operating system.

This gives Apache the edge over Nginx on GNU/Linux devices when looking at sheer numbers. If we had to make a prediction, however, it would be that Nginx will outpace Apache in the next couple of years on Linux machines as well.

The next question that crops up when looking at the issue of what is the most popular web server application is:

What Are the Most Popular Web Server Platforms Used on Windows?

Naturally, most Windows builds come with a pre-installed version of the aforementioned “IIS” (Internet Information Services).

Nginx, the current market leader in the web server industry, actually has quite a few issues when being run on Windows machines. That’s why it is highly recommended to set it up on a Linux server.

This leaves the battle for the Windows servers to IIS and Apache.

Despite being bundled with most modern Microsoft software, IIS loses out to Apache on its own devices. The main selling point here is performance. While IIS has kept up with Apache in recent times, Apache has historically been performing much better, which still gives it an edge over IIS.

However, even the most mean-spirited Microsoft hater will find some praise for IIS. While developers naturally tend to prefer open-source software like Apache, Microsoft has been getting praise for their development on IIS.

The platform has become faster, more stable, and more secure over the years and has gained an overall positive reputation in the developer scene. This shows that Microsoft is moving in the right direction, despite its recent loss in market share.

At the end of the day:

In any web server comparison, it mostly comes down to individual preferences and needs.

But as development on all fronts continues, we would not be surprised to see Windows working more closely with Nginx in the future and even further tweaking their own IIS system.

Apache is still going strong, mostly due to its historical role in shaping the Web. However, it is simply being outperformed by its competitors in recent years. Apache alternatives have been taking over the market.

So, we predict that it is only a matter of time until the software is outpaced by Nginx on GNU/Linux servers and by IIS on Windows servers.

The question of what is the most popular web server application has historically gotten different answers. For most of the existence of the internet, it has been Apache. For the past four years, though, it has been Nginx.

The online market is still a relatively new one, and competitors are constantly working on creating and fine-tuning their next product, including cloud servers.

Who knows where this battle for the internet will take us in the future? Watch this space.