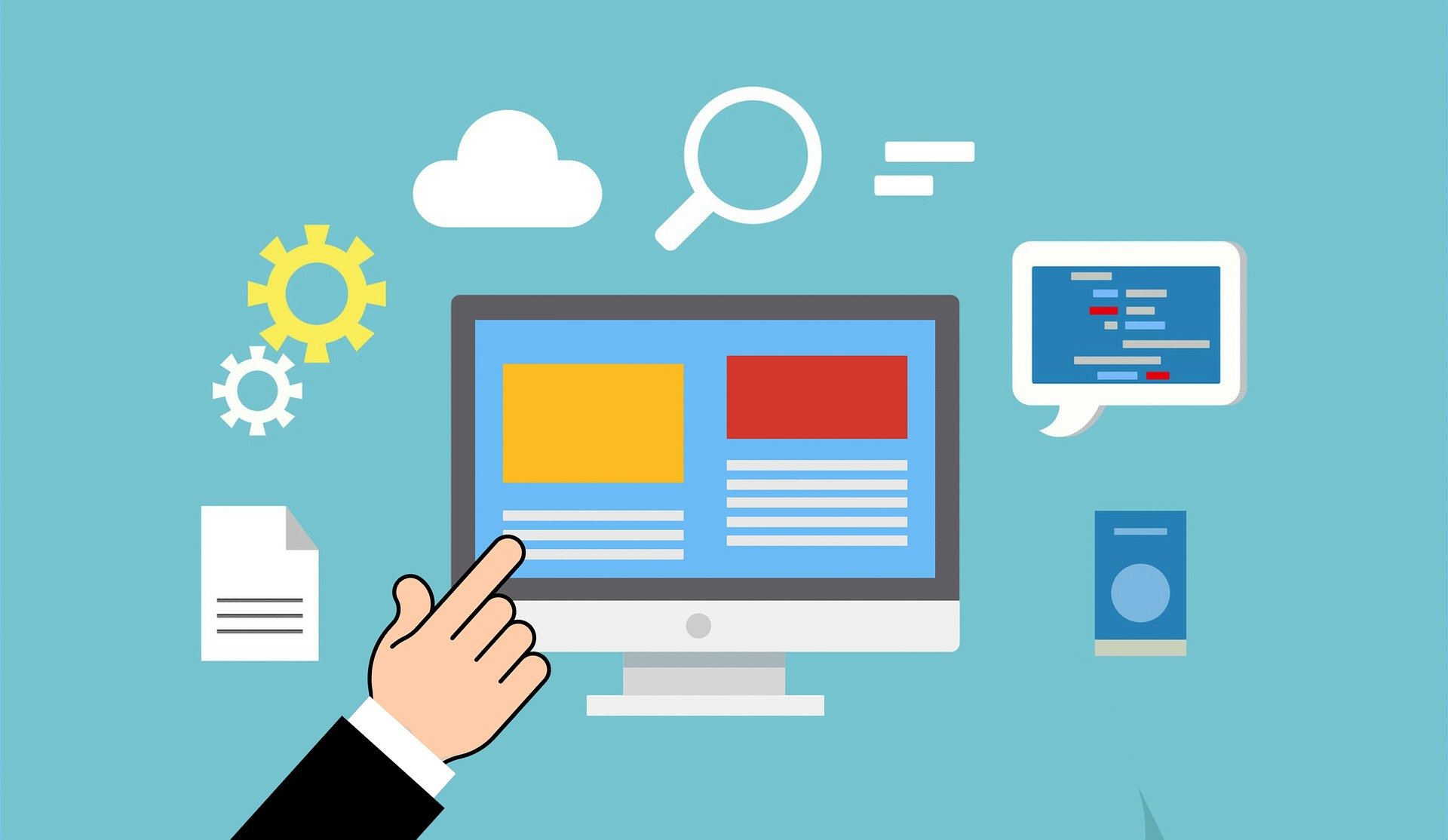 We can’t live without the internet.

But what enables users to retrieve all this information in a few clicks?

Where do all these websites live?

Well, there’s a whole mechanism intricately working behind the scenes. If you don’t come from an IT background, you probably don’t know what web hosting even means.

Today, we’re here to educate you with some interesting web hosting statistics that will leave you wanting more!

But before we get there…

What is web hosting?

A web hosting service is a service that allows you to create websites that will be accessible through the Web.

Web hosting is like a home for your websites. Web hosting providers ensure that your site has a home, and anyone with a URL can access it anytime, anywhere.

So, without further delay, let’s jump right in with some juicy stats and facts!

Choosing the right hosting provider for your website is crucial. Long downtimes and frequent problems with your site are something you would want to avoid at all costs. It can affect your traffic and, subsequently, your profits if you are making money online.

An interesting web server statistic, which also affects what is the most popular web server application, is that the total number of websites worldwide reached the one billion milestone back in September 2014. However, in 2016, this figure dropped to below one billion.

Then, in March 2016, the number hit the one billion mark once more. There was exponential growth for the rest of 2016, as the number hit 1.7 billion by year-end. And since then, the figure has remained pretty much unchanged until today.

Almost everyone uses the internet these days.

To put this number into perspective:

There are around 7.77 billion people on Earth. This means that more than half of the global population are active internet users. Northern Europe has the highest internet penetration rate with 95%.

Other countries with notably high internet penetration rates include South Korea, Denmark, and the UAE.

At the other end of the spectrum, North Korea still hasn’t recorded any online usage penetration, coming in last place worldwide.

In 2018, Asia had over two billion users, making it the region with the highest number of online users, with Europe coming in second place with around 705 million.

3. China is the country with the highest number of internet users, followed by India and the US, hosted stats reveal.

As of 2019, China recorded 854 million people online, making it the country with the greatest number of online users. This figure is quite impressive if you compare it with second-place India, which has around 560 million users. In third place, the US has over 292.89 million online users.

Coming in second place is Europe with 15.7%, followed by Africa with 11.3%, and Latin America and the Caribbean with 10%. Surprisingly, not many internet users come from North America, as it only makes up 7.5% of internet users worldwide.

5. According to web hosting statistics, around 5,000 of the world’s web host providers come from North America.

While most internet users come from Asia, hosting numbers show that the majority of hosting providers, around 5,000 of them, come from North America.

Europe comes in second place, with Asia trailing in third with around 1,500 web hosts.

In terms of providers by country, the US is dominant with 58.08%, followed by Germany with 8.33%. Web hosting also seems to be a local affair, as seen in the Czech Republic where ten out of ten top providers are local companies. The same situation can be seen in Italy with nine out of ten hosts.

7. The size of the global cloud computing and hosting market industry is expected to hit $156.4 billion in 2020, web hosting statistics reveal.

This is one of the most important pieces of website hosting info you’re likely to come across.

From 2010 to 2020, the size of the global cloud computing and hosting market has skyrocketed from $24.63 billion in 2010. This is one of the most notable cloud computing trends in recent years.

And here’s how it all went down:

8. The worldwide dedicated hosting market has been growing every year since 2010, and it’s expected to reach $6.53 billion in 2020, hosted statistics confirm.

Dedicated hosting provides large organizations with a dedicated server that only serves one single client. As the global market for cloud computing and hosting grows every year, so does the size of the dedicated hosting market.

9. The worldwide size of the shared hosting market was predicted to reach $18.7 billion in 2018.

In other web hosting information, the shared hosting services market has also been growing since 2010. In 2018, it was estimated at $18.7 billion.

Shared hosting is where multiple sites can be hosted on a single server. It’s usually a more cost-effective option, but it’s also flexible and easily manageable, making it the preferred option for most users.

A virtual private server is sold as a virtual machine. Functionally, it’s similar to a dedicated physical server. But because it is virtual, it can be created and configured easily.

11. Each year, slow websites cause companies to lose half a billion dollars to slow websites, web hosting uptime statistics reveal.

Choosing the right web hosting company is crucial to ensure your site is functioning in top condition. In the US, slow loading websites cost around $500 million every year, with conversion rates falling by 7%.

Having a slow or lagging website causes 40% of consumers to abandon whatever they are doing if the page takes over three seconds to load. Unsurprisingly, hosted stats show that the majority of 79% of customers who have a bad experience with a site’s performance are less likely to visit the same site again.

What this means is:

Problems with a website can indeed affect your business. So, you should look to host your website on servers that are close to where the majority of your customers are.

For instance, if you serve customers in the US, you probably want to avoid hosting your website in Hong Kong.

Surprisingly, in other webhosting info, coming second place is .tk, which hails from the New Zealand territory of Tokelau, with around 24 million registrations. For reference, the entire population of the island is 1,411.

Unfortunately, phishing statistics reveal that many of the .tk domains in use are phishing websites that go as far as trying to scam their users, giving the domain a rather bad reputation in the online world.

A CMS allows website owners to manage their online content, which facilitates a smoother workflow and better content management. This system is very useful because it enables small business owners to manage their own websites without needing any sort of coding knowledge or background, dramatically reducing the need for any kind of IT professional.

Further study has also shown that at least 35% of websites on the Web use WordPress as their preferred content management system.

GoDaddy has been in the game for around 20 years and remains a top player in the industry. As of 2019, GoDaddy powered 77 million domain names, with over 8,000 employees managing them worldwide. The largest hosting company in the world, GoDaddy is known in the industry as a low-cost domain provider that also offers ecommerce and website building.

Q: How many web hosting companies are there?

The number of web hosting companies is seemingly infinite, with around 5000 hosting providers in North America alone. The market used to be run exclusively by very few, large players. But over the last decade or so, more and more small players have entered the fray.

Obviously, like most online markets, its majority share is still split up among three or so largest web hosts. In general, though, the playing field in the web hosting industry is relatively level.

Q: Who is the largest web hosting company?

Q: What is the best web hosting site for small business?

Besides being the biggest player in the market, GoDaddy is also the provider you will want to use for hosting small business websites. Its prices are relatively cheap and include free months on most plans.

Besides that, GoDaddy offers a plethora of tools, add-ons, SSL-certificates, and even specialized options that allow you to finetune your website. It comes with a website builder and enables ecommerce, which many of its competitors like AWS do not.

According to webserver stats, there are roughly 1,774,000,000 live websites in the world right now, and the number is constantly increasing, as more and more people all over the world discover the power and usefulness of the Web.

Web hosting companies are essentially the foundation of the internet. They enable regular people like you and me to host our websites and make use of this incredible infrastructure.

With that in mind, it certainly pays to keep an eye on the latest web hosting statistics.