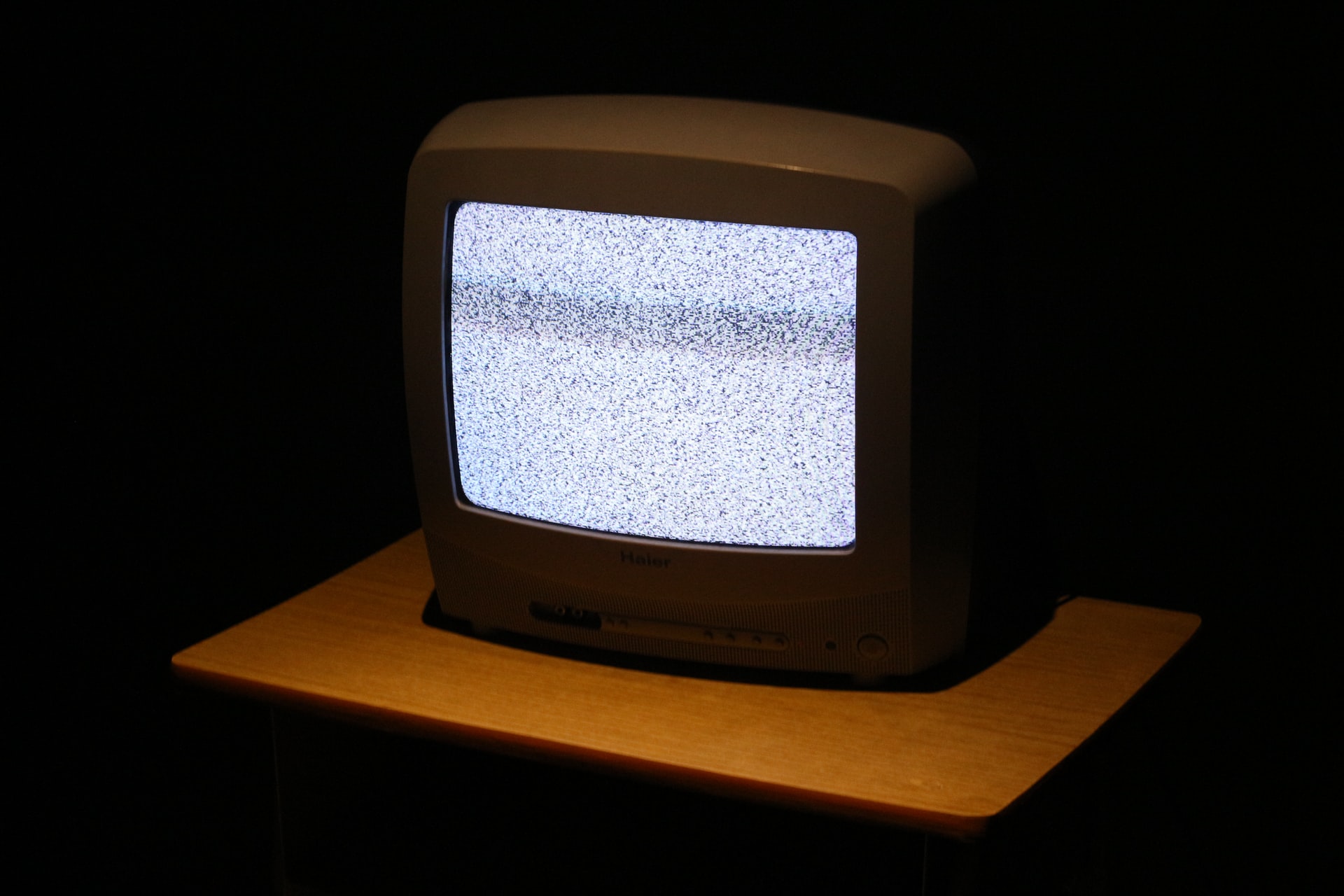 Over the last several years, cable and satellite TV providers have been experiencing a massive loss of customers, cord cutting statistics confirm.

You may not be aware of it, but you’re probably part of the problem.

When was the last time you watched something on cable or satellite TV?

Most consumers these days are turning to video streaming and live streaming services for their daily entertainment needs.

Live streaming services such as Hulu and YouTube TV have also been proven to be more popular, as more users favor the outlet for their entertainment needs.

Let’s delve deep into this fascinating recent phenomenon and see what the stats have to say about the various cord cutting options out there.

TV was once the greatest invention of our time, with hundreds of channels available at our fingertips. But the introduction of streaming services and the popularity of live streaming are currently driving some alarming cord cutting statistics.

1. Over 1.7 million US customers canceled their traditional pay-TV subscriptions as of Q3 2018.

Cable TV subscribers statistics show that the most notable pay-TV providers in the US make up as much as 93% of the market. However, these companies have been experiencing a massive loss of customers, as 975,000 subscribers canceled their subscriptions in Q3 2018.

But how many people have cable?

2. Six million is the total number of subscribers cable and satellite TV lost in the US in 2019.

This caused the total number of subscribers to drop to an alarming 83 million at year-end. AT&T experienced the most significant loss, with 1.16 million cable cord cutters. Comcast is another provider which went through a massive loss of 149,000 subscribers, while Charter lost 101,000 subscribers.

3. If you live in the US, you will be paying an average of $217 or more every month for cable TV.

According to 2018 Consumer Reports and cable TV statistics, US customers pay an average of $217 and above monthly for the whole package of cable TV.

The base package is usually around $156, but once government taxes and fees, company-imposed fees, and premium services are added, the bill goes up considerably.

As you can see, cable is too expensive. The high cost of traditional pay-TV services versus the low prices of online streaming services such as Netflix is one of the main reasons why many users are choosing to save money by switching to more feasible entertainment options.

The future for traditional cable TV providers looks bleak. Comcast, one of the leading broadcasting and pay-TV companies in the US, continues to lose customers every year after it hit a high of 23.99 million subscribers in Q2 2016.

And it’s not alone:

Verizon has also been losing customers every quarter since the end of 2016. Satellite TV provider DirectTV, which is also part of the large AT&T group, lost more than 2.3 million subscribers from 2017 to 2019.

5. 43% of Americans subscribe to both pay-TV and streaming services.

Of this, 52% are found to be from the Gen X generation. Americans know what they want and when they want it.

Different streaming services and cable cutting options offer their own advantages, which is why most households subscribe to several. After all, if you’re a fan of both You and Westworld, you’ll have to fork out for both Netflix and HBO.

Nevertheless, having this option is also cause for frustration, as people spend more time searching for a show to watch and face the problem of shows expiring. That’s exactly what happened when Game of Thrones ended in 2019.

Adults aged 40 to 50 make up 25.5% of consumers who watch over 6 hours of TV daily. This habit seems to be an extreme behavior, as consumers aged either below or above this age watch considerably less.

In 2017, only 6.1% of customers said they were likely to cancel their pay-TV subscriptions. This percentage rose to 7.9% in 2018. In contrast, a full 14% of Millenials said they were looking forward to cutting the cord.

Millennials are playing a huge role when it comes to how many people are cutting the cord. Click To Tweet

8. 70% of pay-TV subscribers say TV advertisements are the reason they are making the switch to streaming and live services.

As we all know, pay-TV is riddled with ads. In fact, more than two-thirds of customers believe that 20 minutes of ads for a one hour program is just too much to sit through.

82% of subscribers say they dislike seeing the same ads being replayed over and over again. Based on cable subscription trends, it seems the sweet spot is eight minutes of advertisements for each one-hour program.

Anything more than 16 minutes, and customers seem to lose interest and eventually stop watching. So, one way for pay-TV providers to keep subscribers is by offering less ad time.

9. The number of American cord cutters is expected to be around 55.1 million by 2022

How many cord cutters are there?

According to eMarketer, this forecast is based on the rapid growth of American cord cutters over the years. In 2017, there were 9.8% of cancelations to traditional pay-TV services.

Then, in the next year, the percentage increased to 12.9%, as the number of cord cutters leaped to 33 million. Based on the figures for these two years, 2019 was predicted to have 15.2%, equating to 39.3 million cord cutters, with the prediction reaching as high as 55.1 million cord cutters in the US by 2022.

A recent report by the Motion Picture Association of America (MPAA) shows an interesting shift in the entertainment market. As the number of cable subscribers continues to decrease at a rapidly alarming rate, everyone is moving towards streaming video options.

Let’s take a closer look at some intriguing streaming vs cable statistics.

10. The global entertainment market, including both theatrical and home releases, reached a new high in 2018 with $96.8 billion.

What this means is that consumers are spending a total of $96.8 billion around the world on entertainment. This impressive figure was a 9% increase from 2017.

The streaming video industry saw even more impressive growth, reaching 613 million subscribers globally in 2018. Compared with 2017, this was a 27% growth.

12. Netflix is currently dominating the video streaming market, with 8.8 million new subscribers in 2019.

13. Netflix VS cable statistics show that 76.7% of US consumers use Netflix as their subscription service of choice.

Hulu and Netflix go neck in neck when it comes to competing for the prize of being consumers’ favorite video streaming service.

However, Hulu and Netflix are both at risk of losing short-term customers, as consumers indicate they are likely to switch or cancel the service in less than a year.

Users also report that live content has 57% better start time with an average of 3 seconds. The way things look, live video entertainment content might even overtake on-demand video services in the near future.

16. Twitch is currently the most popular live-streaming platforms, with 2.2 to 3.2 million monthly broadcasters.

Twitch has over 9 million channels and attracts consumers of a fairly young age group, with users aged between 18 to 34 years old. Users usually spend an average of 95 minutes on the platform.

Q: How many people are leaving cable?

Since 2012, pay-TV has lost an alarming 10 million subscribers. There are many factors driving this switch, including high prices of traditional pay-TV subscriptions versus affordable prices of streaming services such as Amazon, Hulu, and Netflix.

These networks don’t only provide a cheaper alternative for entertainment, they also provide high-quality streaming services of almost every show available on traditional pay-TV outlets, and more.

According to cable cord cutting statistics from 2018, notable satellite and cable companies have lost a whopping 3.2 million subscribers. Last year, this figure increased to an even more alarming 5.5 million cord cutters.

This phenomenon is due to users switching to streaming services, which also more variety and greater accessibility, as well as flexible entertainment options.

Q: How many Americans are cord cutters?

The number of American cord cutters is growing with each year. Cable TV subscribers statistics from 2018 show that 33 million Americans had cut the cord altogether. In 2019, this figure climbed to 1,325,000 subscribers lost in just Q1 2019.

We should consider ourselves lucky to be living in such a marvelous time of technology, which offers us so many options for entertainment.

Although these cord cutting statistics might seem negative as more users decide to cancel their pay-TV subscriptions, there’s a silver lining.